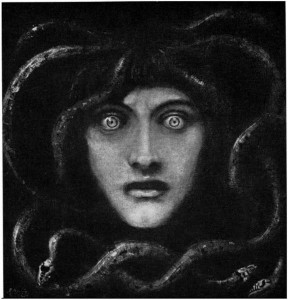 Like so many women, I have known my inner rage was built in small ways and large ways, over time. Some of it flowed into me through the previous generations of women that also struggled against tides of sorrow and disappointment. I began to feel confused very early in my life when I saw my brothers were treated differently in my family and Italian culture.

As I share my story in our book Into the Heart of the Feminine, I tell how my sisters and I were sent out to work to help pay for my brothers to go the university. I didn’t go to the university. I was sent to business school so I could earn more to help with my brothers’ university expenses and the family. Then in the business world, I had first hand experience of seeing men less intelligent and competent than me being paid more and promoted faster.

Once I left home and became independent, I sent myself to the university to get my doctor’s degree in psychology. The university experience began to empower me as it forced me out of my introversion and challenged me to formulate my thoughts and feelings. I began to realize that my life was changing because I was actively transforming it.

But something else happened that was a life-changing moment. I was nearing the end of my studies, heavily exhausted, and facing my comprehensive exams. One day as I was in the hall, a very attractive attorney approached me. He was well dressed, and from the quality of his clothes, he appeared to have been quite successful. On the surface, he was kind and polished. He invited me for a coffee in a café in one of Padova University’s elegant historic buildings. I also quickly noticed that, for the occasion, he had taken off his wedding band and the mark was still visible on his finger.

He fit the cliché of the Italian man who was full of himself and married. Something in me snapped, and I blasted him with a great deal of style myself. I was surprised because in that moment, I realized that my rage came out to protect me and give me power. In that instant, I realized that I had value in a way I had never recognized before, and that I had stood up for my worth. However, it took me a lot longer to step out of my Cinderella role in my family, and to stand up for my authenticity against my mother, brothers, and sisters (my father had passed away by that time.)

When I later reflected on this expression of my deep anger, I realized that I hadn’t been prepared to meet the anger within myself. Unconsciously, I had been afraid of my anger and the depth of it. To begin with, I had been taught to deny and disconnect from these kinds of feelings all my life. Moreover, I had never seen a woman being angry in a way that she wasn’t overwhelmed, hysterical, paralyzed or biting, cold, and withdrawn.

I realized that I had no model for being angry in a way that empowered me. It took a lot of work for me to clearly understand that my anger needed, not only to be forceful, but formed and focused, as well. As my awareness of this long-bridled emotional energy grew, and my understanding of how I wanted to use it, I realized that it was blessed energy that kept me from making the false adaptation to my world and its critical voices that would have kept me helpless.

It took me many years of inner work to understand that my determination to develop my own identity and personhood was a two-edged sword. In the patriarchal culture I lived in, identity and personhood were based on achievement and things that enhanced that orientation. To become a successful and respected person in this context, to find a place in the world, I had to deny the feminine values in me that also wanted to grow and develop. These were the values of warmth, connectedness, a grounded sense of self-confidence, and joy. Like so many women I know, I feared my anger, and was threatened by my rage, terrified of it, actually, because I thought it could wreck the identity and life I had worked so hard to construct.

In our book,Into the Heart of the Feminine, I share that I learned the importance of my anger and rage – but also how to accept it carefully and thoughtfully as part of my inner work and my life’s journey into wholeness. In our book, Bud and I deliberately explain this process of accepting anger and rage, and approaching it carefully, by using the myth of Medusa as a map. In the book, we will guide you into how to fully understand where these feelings came from, how to accept them, and how to approach them in a way that transforms them into personal empowerment and creativity.

It also took me a long time to learn how to recognize and stand up to that critical, diminishing, paralyzing Death Mother that I had internalized from the world around me. She had taken root in my psyche beginning in my earliest years.

But I have also realized that the inner strength to go to the university and the moment of empowerment I experienced there when my anger exploded was beginning to indicate that my anger had turned into determination. It later gave me the courage to go to Zurich to train to become a Jungian analyst and begin a whole new life.

Into the Heart of the Feminine is available in paperback, Kindle and Audiobook: