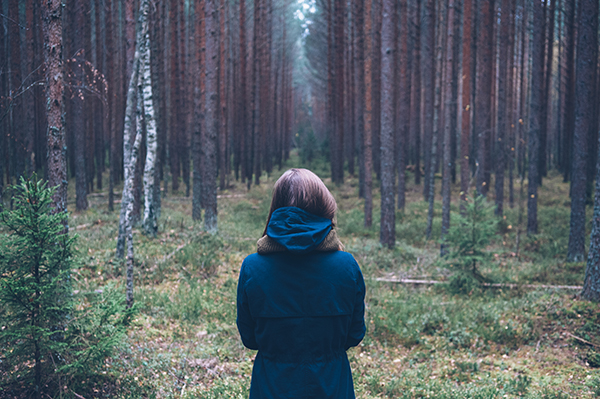 One of the many popular misconceptions about childhood that rankles people like me is the assumption that if you have a “good” or a “happy” childhood, you will lead a successful and fulfilling adult life. In one of my early analytic sessions with Dr. John Mattern at the C. G. Jung Institute in Zurich in 1986, he remarked, “…I suppose nothing can spoil a promising destiny quicker than a happy childhood.”

I have loved the truth of this statement since the first time I heard it. I will explain it more completely, but first I would like to share with you more of the context that surrounded the first time I heard it. This conversation that took place in that analytic session is shared in my recent book, Cracking Open: A Memoir of Struggles, Passages, and Transformations (p. 118 – 119):

“The second theme I’ve been considering is my childhood. I thought that when I had worked through my 1972 journey in therapy, I would be finished with these issues. To my surprise during our interview, I discovered that all the old figures and experiences could arise and seize me again. But something seemed different that time, perhaps more intense – more intense in some strange manner I don’t quite understand, maybe more mentally intense or imaginally intense. I’m not sure. Instead of feeling possessed, I felt surrounded.”

“That’s why the childhood years are so important,” John interjected. “They’re the pattern from which we grow. They are the first key, though not the only key to the mystery of who we are and who we may become.”

“I think this journey backwards, down the trunk of my life to explore the roots, released the commandments from my past again. All the unlived possibilities of my life that had been killed, lost, or denied jumped out at me like ghosts from a closet. The better selves that I could have become, the happy successful self that could have developed, it seemed like a stab in the heart just to see what could have been.”

“I wouldn’t go too far with that kind of sentimentality,” John admonished. “You could imagine that steel needs to begin its tempering early, and I suppose that nothing can spoil a promising destiny quicker than a happy childhood.“

“Well, he’s definitely not mothering me in this relationship,” I thought to myself, while continuing to say, “I also realized that the images of my parents seem like the stones of some psychic or interior gristmill. Their turning continues, moved by the stream of time, milling me, commanding me, haunting me, and, yes, comforting me. I’m beginning to realize they will never be gone. I don’t want them to be gone; they’ve lived and shaped me far beyond the reality of my actual parents.”

The fact of the matter was that after all of my childhood trauma, I thought for years that I had grown up all wrong. Until some time in mid-life, I believed I had gone to the wrong college, into the wrong line of work, and had gotten married for the wrong reasons. I think the primary, although unconscious, reason I had gotten married was to force myself to grow up, finish college, become responsible, and get into the “adult world.” Actually, that all worked – as far as it went.

For my generation, in terms of “life span” research, Yale researcher Daniel Levinson concluded that in adolescence we should form a “dream” of our adult life that could guide us into it and through it, until mid-life. Well, I didnʼt have such a dream, and most of my friends who did, found themselves in trouble in the shifting world of the late sixties, seventies, and early eighties. I donʼt believe creating such a guiding dream is all that easy today either, in our fast-changing world where companies, jobs, careers, and relationships seem to come and go, almost in the blink of an eye.

During grammar school, high school, and college, I donʼt recall anyone ever mentioning anything like “fulfilling your potential” or “finding your calling.” I thank God for that because those notions miss the point of our developmental tasks as we are growing up. I hadnʼt heard the term “follow your bliss” either, and I wouldnʼt have had the foggiest idea what it meant. In actuality, I still donʼt, since it has become a somewhat shallow cliché.

So how did I get where I am now, in a place I consider successful and fulfilling? The biggest thing I learned from my parents was to tackle life head on, and to be fully engaged. They did this during the Depression, World War II, and during sickness, death, and desperation. In my adolescence, though, I was driven by despair, and the loneliness of abandonment – I was driven. And in my young adult years, I was driven by terror and a fierce desire for a better life for myself and my family. I was a prime example of Jungʼs admonition, “…if you do the wrong thing with all your heart, you will end up at the right place.” Freud, too, was right – to be adults, we must become competent in love and work. A self-responsible adult must be competent enough to sustain his or her self in the world, and be able to live in relationships.

The developmental task to enter adult life is not to find your true calling, to achieve a good life, or to find expressions of your authentic self. It is to become competent in work and relationships. My hard work, my success in business, and starting my own business was not a mistaken path. It helped me develop a “good enough” adult identity. Through these struggles, I learned to have the confidence, courage, and vision that would enable me, as I grew, to face my life and my history, and to begin to transform it into a life of individuation, a life of seeking, and journeying – not one of achieving but of discovering.

My early life was dominated by trauma, as you can see in my Cracking Openmemoir. My wife, Massimillaʼs, was dominated by the personal and cultural influences of the Death Mother. There is a huge difference in the experiences of children who suffer from material deprivation and those who suffer from emotional deprivation. My childhood was tragic, deprived, and ended in abandonment, but love had been present long enough for me to know it had been there. For Massimilla, her childhood looked “good” and “happy” on the outside but love, affirmation, safety, and encouragement were absent on the inside. Yet, she too credits her early suffering, with the help of the Self – the life force within her, as putting her on a special road to love and destiny.

Childhood is difficult, at its best, because growth means so many changes are going on physically and psychologically, all of the time. One reason we need a loving, supportive outer environment in our early years is because so much is trying to evolve in our inner environment. Another reason is that we need to be able to learn by taking risks and by acting in our outer world, and yet feel and be safe. The loving, supportive outer environment helps us internalize a sense of trust in ourselves and life. In a similar way, adolescents still need a containing sense of structure and safety that supports their efforts to become individuals.

Difficulty, trauma, and even being emotionally deprived are very different from the violation of the childʼs soul that takes place in violence, abuse, and the disdainful coldness of the Death Mother we can experience. The journeys of healing in these situations take a long time just to get to the “good enough” adult personality. Sometimes reaching this state is enough for many people, because it is beyond what they originally dared to hope for. Yet, there is even more hope if we want it, because if we can be in contact with our Self, our capacities are always greater than we think they are.